In 1957, LIFE magazine despatched a photographer, Howard Sochurek, to photograph Gerald Durrell during his expedition to Bafut in the Cameroons. The expedition came not long after the publication of  My Family and Other Animals in 1956, which became an instant hit – and of course the public were already aware of Durrell and his previous Cameroons adventures from his previous books, The Overloaded Ark and The Bafut Beagles.

Jacquie Durrell accompanied Gerald on this trip, as did his secretary, Sophie Cook, and a young aspiring naturalist, 18-year-old Robert Golding.

Gerald found the Cameroons had changed somewhat since his previous animal-catching expedition, and ran into difficulties with the British Administration, whom Jacquie wrote were:

“not at all pleased to have Gerry back in the country. They wagged a finger at him and tore him off a strip for writing about the Fon the way he had done in the Bafut Beagles, presenting a paramount chief as a carousing black clown who spoke comic pidgin English.”

While Gerald thought the Fon might be angry about his depiction in the Bafut Beagles, he turned out to be delighted. “You done make my name go round the world,” he said.

Here are some of the photos, from the LIFE archive, as digitalized by Google. 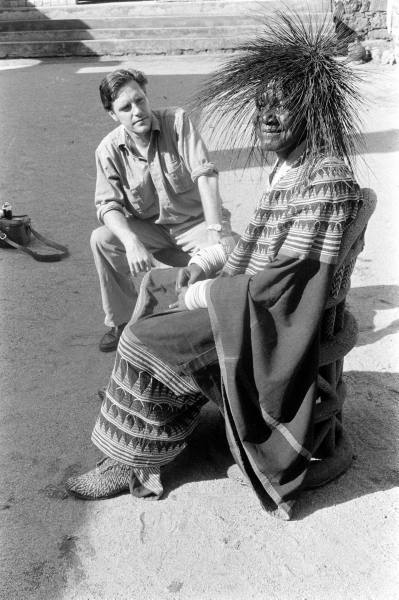 Gerald with the Fon 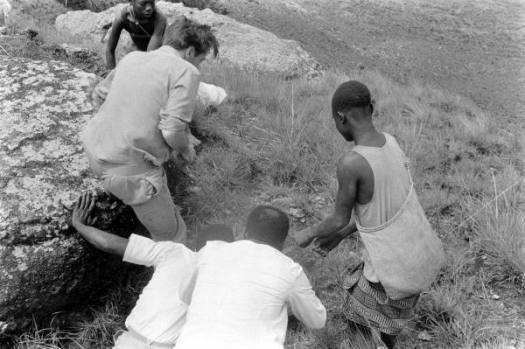